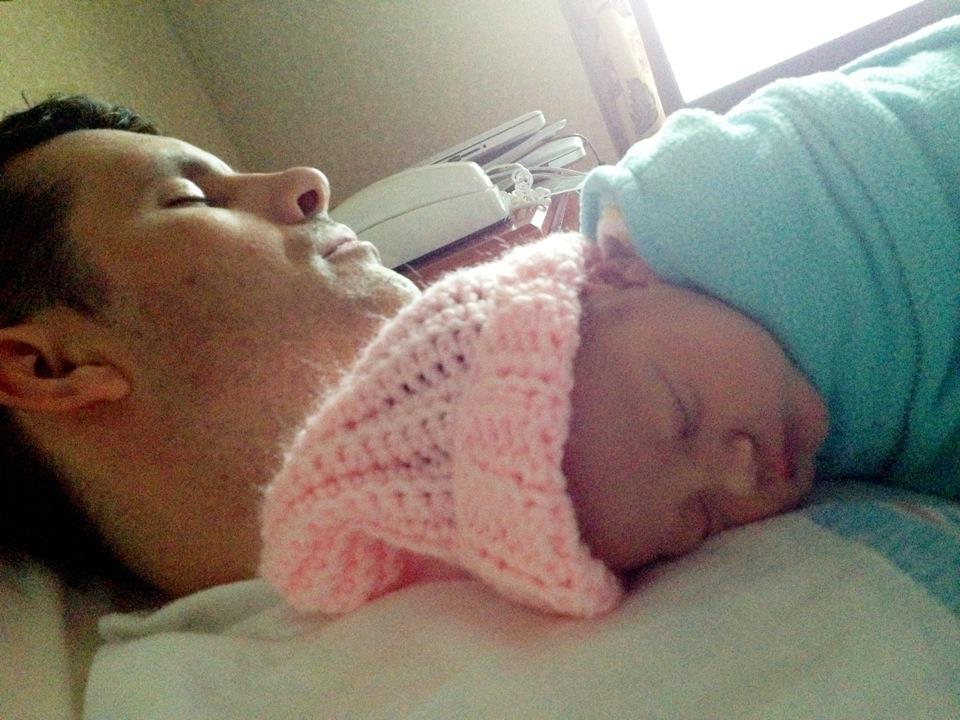 I don’t remember exactly what grade, but at some point during junior high I was in the car with my mom, and a friend. I said something politically incorrect, and my mom shushed me. A little embarrassed, my friend laughed and said, “Your son” while shaking his head.

My mom responded with an aside; “He hasn’t been my son since he was seven.”

She didn’t mean it in a belittling manner; she was simply pointing out that somewhere around that time I was aggressive enough to become independent minded. I didn’t want to be told what to think or feel; I wanted to figure things out on my own.

That story is both background and precursor to thoughts currently keeping me awake at night because of two days: August 1st, 2012, and August 8th, 2012.

I have never made claim to being a good person.

On August 1st, 2012, many people united behind Mike Huckabee’s guidance and stood up for discrimination. Most people like to stand up to discrimination, but this particular day was designed to actually champion intolerance. As the OMC song states, “How Bizarre.”

People were specifically asked to eat at Chick-Fil-A to counter the very mean people who believe in human rights and who were denouncing the companies’ support of hate groups. In historical context, it would be akin to anyone who said “We must eat at Woolworths in order to support segregation!” in 1960.

In my neck of the woods, there is a Chick-Fil-A in the local mall, and on August 1st I went to Panera Bread to sip hot cocoa, eat a cookie, and write, write, write. I had completely forgotten about the festival of intolerance until I packed up my computer and walked into the food court.

The line wasn’t huge, but it existed. That people were eating there specifically to act like sheep was clear; no other restaurant had a soul in front of it.

My intent was to walk from Panera to Target without getting involved. Sadly, Chick-Fil-A was an end-cap, and the line was in my way.

I rolled my eyes and proceeded to wade through the mess of ignorance, when three adults—two men and a woman—arrived, smiling happily.

“Look at this, isn’t it wonderful?” The woman beamed.

“No other restaurant has anyone at it; I need to take a picture of this,” one of the men said, his voice full of joy.

Before I knew what I was doing, I opened my mouth; “Oh wow,” I said in an astonished tone, “I forgot that was today… I was going to eat here…”

The three looked at me cheerfully; a fellow bigot!

“…but then I remembered, I’m not an asshole,” I finished flatly.

I stared at them, hard, for at least five seconds, challenging them to say a single word. Then I continued on my way.

Within minutes, I was feeling… I’m not sure. Not guilty, but… is there a single word to sum up the emotion, “What’s the point?”

I could have left well enough alone. My challenge did absolutely nothing to help them understand what they were doing was un-ethical and morally inappropriate. In fact, I’m positive that my attitude caused them to double-down in their beliefs. You can never, ever change a person’s mind by insulting them.

And yet I do it anyway.

I do it because I am frustrated by willful ignorance. I know people who will purposely vote against their best economic interest, simply because it is easier to vote the party line than educate themselves. It doesn’t matter how many corners they are backed into, or how many facts are thrown their way, somewhere in life they decided being an ideologue was more important than being correct, and they solidified that into their being.

So, when it comes to interactions with such people, I laugh, point fingers, mock, point out factual inaccuracies, and sometimes-outright offend.

The way I look at it is: it’s not my job to tear off anyone’s blinders, so fuck them for making the world a worse place to live.

The problem is, every so often I am reminded that ordinary people can make a difference.

After my interaction at the mall, I went home to find this status update on Facebook:

“As I look down my newsfeed, I see that a few of my friends went out to support Chick-Fil-A today.

Don’t worry, I’m not going to publicly shame you. I’m not that mean. I’m also not going to throw a tantrum, or get all “up in your face.” I don’t even intend to start a debate here.

In fact, don’t reply at all.

I just wanted you to know that I noticed. I want you to know that I watched as you declared your support for an organization actively working to trod on my rights. And every time you soothe yourself with the mantra of “It’s just chicken,” I hope you realize that your avoidance of the issue at hand forces someone else to bear that pain. And when you slather your support all over Facebook, I am one of those individuals.”

It gave me complete pause, and I stared at my computer screen for several minutes, re-reading it.

Absorbing the content, I fully believed that the right person could see it, understand the words, and decide to make a change.

Maybe not the three adults I saw happily taking pictures of like-minded bigots supporting discrimination, but someone with a decent combination of empathy and intelligence. Someone that would only hunker-down in their beliefs when called an “Asshole,” like I tend to do.

August 8th happens to be my wedding anniversary.

And it slammed home to me that I am in charge of her upbringing; she will take her cues from me.

Here then is my wonder: how do I raise a daughter to approach situations in a manner similar to my friend, and teach her to ignore the way her father does things?

The truth is, I cannot. It would be impossible and hypocritical to raise a child under the guise of “Do as I say, not as I do,” even if it is with her best interests at heart.

This means I have to change, something that is both difficult, and rewarding.

I will not alter my convictions, but I can become less reactive. Since I know there will always be hateful and ignorant people, and that no amount of education will change that, then it’s on me to live and let live. I have to trust that progress will always be made despite those who actively fight and vote otherwise. Because of that knowledge, I will not actively enter into battle with someone attempting harm.

But, I will also not back down when challenged.

If someone confronts me with ignorance, lack of facts, or hatred, I will hit back.

I think that is fair compromise. My daughter will not witness aggression, and she will learn defend herself.

Beyond that, it’s on her to develop as she will.

Let’s hope I know what the fuck I’m doing.