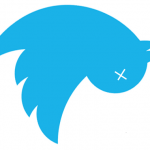 With their new immigration laws, Alabama and Arizona are trying their collective best to make being Mexican illegal. If they succeed, they will do so where both the Spaniards and God failed.

It astounds me that one of the most persistent topics of discussion in every election cycle is immigration. You’d think that as a nation, we’d be over it by now, but nope. Some people still crow about the need for a fence; others have wide open arms.

Most news sources present both sides of the story fairly evenly. On the “pro-law” side is the sentiment: “Mexican’s shouldn’t come into this country because… uh, ILLEGAL IMMIGRANTS!” They shake their fists and are very light on substance, as ignorant folk tend to be.  The “anti-law” side discusses human rights, dignity, and something that interested me: the need for farm labor.

Farm labor is important, because after passing the most stringent laws possible in 2011, in harvest time crops in Alabama went going to waste. Tomatoes sat on their vines, rotting, as no workers were available to pick the ripe produce. Mexicans—those who had been working the fields—started fleeing the state upon being told they could be arrested for existing. Alabama’s governor tried enlisting the forced help of chain-gang prisoners to gather the vegetation, but that didn’t work; prisoners are more interested in finding new ways to hide cigarrettes between their butt cheeks than they are in working.

Crops are turning to mold, and no one knows what to do. Well, I would like to offer up a group of people who, in my eyes, should absolutely replace the Mexican workers in any field they were once employed: White Teenagers.

If you want a sect that needs a little hard labor in their lives, you need look no further than the white teenager of our modern world. It would not only wipe that sense of smug entitlement found on so many of their faces, it would also give them a sense of what real pain is. Right now, white teenagers are so filled with ennui they invent sorrow.

You know what didn’t exist when I was a teenager? Goth kids. Emo kids. Kids pretending to be vampires. Cutters.

They are the generation that have been so mollycoddled their whole lives—given “participant” badges for coming in last in any contest instead of being called a loser and being told to work harder next time—that they are rebelling the only way they know how: by feeling bad about nothing.

You cut yourself to suffer? OK, we’re going to make you a chambermaid at a Motel 6; you flip mattresses for eight hours and tell me how your back feels when you’re finished. You wear black and avoid the sun at all costs? We’re going to throw you in a field and have you to pick tomatoes from dawn to dusk.

When I was fourteen I had a paper route. I had to walk my ass through either the heat or cold, carrying a fifty-pound sack of crap door-to-door. I worked as a busboy, a dishwasher, and mowed as many lawns as I could. I even had my own lawn mowing “business:” Grandpa & Grandson Lawn Maintenance. As if my early-teen years weren’t awkward enough, in the summer between 7th and 8th grade my father had me make a flyer advertising Grandpa & Grandson Lawn Maintenance and take it door-to-door around the city.

I tell you this: if there is a way to humiliate a boy who already feels socially awkward, have a girl (Katie Fry, popular and pretty) say to him, “I brought your note about your grandpa into our house.” She didn’t mean anything by it, wasn’t snotty or making fun of me at all, but the moment those words exited her mouth I wanted to crawl into a hole and die. I didn’t think I had a shot at being “cool,” but I knew for a fact being the boy who mowed lawns with his grandfather made me very, very un-cool. That was such a defining moment of my childhood I remember it as if yesterday.

But, that was my dad; he said I needed to work to understand the value of labor. While it made me resent him back then, today I absolutely appreciate the life lesson. I think I have a damn fine work ethic today because of my father.

I’d like to pass that work ethic on to the next generation of kids. So, cutters, vampires, emo-homos, Goths, and stoners: to the tomato fields of Alabama with you.

I know you won’t like it, but you’ll thank me in about fifteen years.